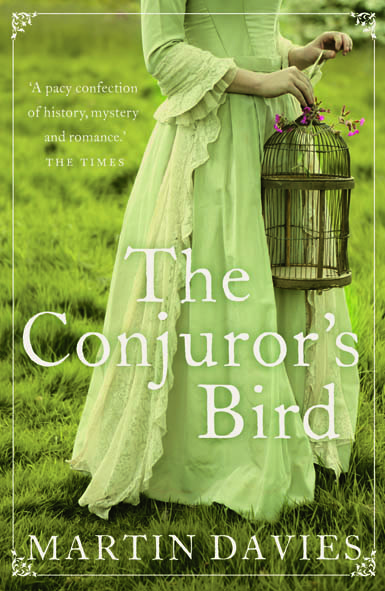 “We are a careless species. We lose things without knowing. But sometimes they leave behind a tiny fragment of themselves that lets us guess at the original. For my grandfather it was a feather; for me, a face.”

Despite being the leading expert in his field, Fitz has never really fulfilled his potential, never written the great book on extinct species that everyone expected from him. It seems a long time since, for reasons of his own, he retreated into obscurity. Suddenly, a figure from his past reappears in his life. The beautiful Gabby wants him to help find something that vanished over two hundred years ago from the collection of the pioneering naturalist Joseph Banks: a specimen known as The Mysterious Bird of Ulieta. It soon becomes clear that Fitz is getting involved in something more complicated – and dangerous – than the search for a stuffed bird.

And to solve the puzzle, he must uncover the identity of the amazing woman Banks loved – a woman who has disappeared from history as effectively as the specimen he is hunting.

The Conjuror’s Bird is a novel of two narratives – one of the present day and one of the late 18th Century. As the two stories intertwine, the novel unfolds layer after layer of mystery and suspense.

‘A pacy confection of history, mystery and romance… Davies interweaves his complex narrative with energy and authority…a most engaging and unusual first novel.’ (The Times)

‘[An] absorbing historical detective story… a beautifully evoked narrative from the past.’ (The Guardian)